Get to Know PUMA Middle East

At PUMA Middle East we're responsible for PUMA’s business and activities across the Middle East as well as countries in East Africa and Egypt, covering a territory of over 20 countries.

We have a healthy retail presence through our own stores, as well as partner stores in prime locations across the territory. In addition, we show an active on-ground presence through events and activations. PUMA is completely entrenched in the region and shines a spotlight on local events, campaigns and influencers.

PUMA Middle East has been headquartered in Dubai since 2005. The city is always on the move, constantly growing and developing. Changes can happen in the blink of an eye. One week there's an empty piece of land and a few weeks later there's a completed apartment building, right there! PUMA Middle East feels right at home in such a fast moving city. Locals and expats hold Dubai in high spirits.

Dubai is a fast-rising cosmopolitan city as well as an established business and tourist destination. Dubai has been gaining reputation as a leading shopping and luxury destination in the Middle East with an amazing infrastructure. It's an international city with over 80% of the population being foreign born, and it plays host to some of the most exclusive restaurants beside countless street-style eateries. 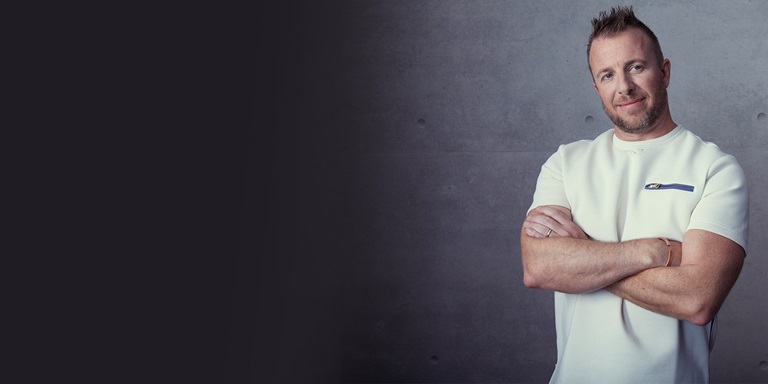 PUMA in Dubai is a dynamic, well rounded, harmonious place to work. And I think it comes down to management - we have a really dynamic General Manager. Because the organization is so small, we all need to work together to succeed.

Football tops the list of most popular sports in the United Arab Emirates, and, due to the expatriate population from the Indian subcontinent, followed up by cricket.

Camel racing and falconry belong to the traditional sports of the United Arab Emirates.

Whatever sport you enjoy, there are numerous sports courts, pitches and clubs to choose from.

We consider ourselves very lucky to have the warm water of the Gulf. It's perfect for water sport.

The summers get pretty hot. But when outdoor sports aren't an option, there are ample indoor sporting venues. You don't need to give up your favorite hobby. You could even cool down by going indoor skiing or ice skating.

"Dubai is a city that offers a lot of new and rewarding adventures, personally and professionally. As an individual that values growth in all the important faces of my life, this city was a natural personal choice. PUMA’s presence in key cities around the world allowed me to fulfill my aspiration to develop a career with a global perspective." - Arina Donskikh, Manager Purchasing

"I would describe my relocation to Dubai as one of the biggest decisions I’ve made in my life. I moved from the HQ in Germany to Dubai to be closer to the market, the customers, the products, and to gain more expertise and responsibilities. I believe that if you want to grow personally or professionally, you need to challenge yourself and change things, without the fear of regret, loss or failure. I am super happy with the decision I made – being in such an amazing city and international workplace with so many different cultures and great personalities is super interesting and so much fun." - Esra Patterson, Manager Merchandising

"I am very grateful for this relocation opportunity, it has had a great positive impact on my professional and personal life. One of the most fascinating things about my relocation to Dubai is being able to execute the global strategy in the local market. This is one of the biggest challenges for multinational companies. The trends and customs of the Arabic world has an important influence on our buying plan, and as a consequence, combining global strategy with local feedback is showing great results. It has also been very enriching for me as I am from Chile, where business, traditions and fashion are different, and getting to know this new world is very exciting." - Uraidah Arratia, Manager Retail Merchandising

"Moving to UAE from Russia, gave me the opportunity to leave my past behind, reinvent myself and start from scratch in an exciting professional and personal journey." - Kirill Kazakov, Retail Management

The PUMA value ‘Be Together’ goes beyond our office walls. Here at PUMA Middle East we organized a 2-day event in the United Arab Emirates for a charity called Mission for Seafarers,  which provides support to merchant crews in need around the world.

The action started with the packing of essential hygiene products, water bottles and t-shirts into 500 bags and finished with the distribution of the bags to struggling fishermen in the Emirate of Ras Al Khaimah.

We are what enriches PUMA with Speed and Spirit, each player is an individual talent and a force to be reckoned with when we come together. See what drives us, and how we celebrate when we score. So, what’s your game?