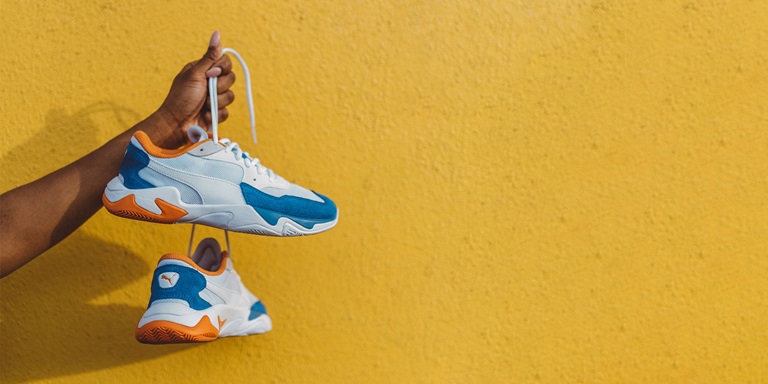 Strong sales and EBIT growth continues in the third Quarter

“The third quarter developed very positively for us and ended as the best quarter that PUMA has ever achieved - both in terms of revenue and EBIT. Double-digit sales growth in all divisions and almost in all regions (EMEA “only” 9.7%) underlines the favorable development of our brand. Especially positive for me was the 17% growth in Footwear, which shows the strong performance of the new styles, and EMEA’s growth of almost 10%, proving a good recovery in Europe. The fourth quarter will be the first quarter where the US tariffs on China will have an impact. Currently, without price increases, this is putting pressure on EBIT, at least in the short-term. Nevertheless, the good development in the third quarter and the outlook for the fourth quarter allows us to look at a sales growth of around 15% currency adjusted and an EBIT between € 420 million and € 430 million for the full year 2019.”

PUMA's strong sales growth continued in the third quarter of 2019. Sales increased by 17.0% currency adjusted to € 1,477.6 million (+19.0% reported). The Asia/Pacific and Americas regions continued to contribute with double-digit increases, while growth in the EMEA region was at a high single-digit rate. Footwear, Apparel and Accessories all showed strong growth in the third quarter, improving by 16.9%, 18.7% and 13.4% respectively. Sportstyle, Motorsport, Golf and Running and Training were the categories with the highest growth rates.

Operating expenses (OPEX) rose by 18.1% to € 578.5 million in the third quarter. The increase was mainly caused by higher sales-related variable costs, including logistics costs as well as higher marketing and retail investments, while the remaining OPEX only rose moderately.

The operating result (EBIT) increased by 24.8% from € 129.9 million last year to € 162.2 million due to a strong sales growth combined with an improved gross profit margin and operating leverage. This corresponds to an improvement of the EBIT-margin from 10.5% last year to 11.0% in the third quarter 2019.

Sales in the first nine months of 2019 rose by 16.0% currency adjusted to € 4,023.6 million (+17.6% reported). The strong sales development was largely driven by double-digit growth rates in Asia/Pacific, where China continued to be the main growth driver, and the Americas. EMEA grew at a high single-digit rate. The growth was driven by double-digit growth in all divisions: Footwear grew 13.5%, Apparel expanded by 22.4%, and Accessories increased by 10.3%.

Wholesale continued to drive growth with an increase of 14.5% currency adjusted, supported by a strong performance of our key accounts. PUMA's direct-to-consumer sales (owned and operated retail stores and eCommerce) increased by 21.3% currency adjusted to € 947.3 million. This was driven by like-for-like sales growth in our own stores, the expansion of our retail store network and a continued strong growth of our eCommerce business. Direct-to-consumer sales represented a share of 23.5% of total sales for the first nine months of 2019 (22.5% in the previous year).

The gross profit margin improved by 60 basis points from 48.8% to 49.4% in the first nine months of 2019. Positive impacts from regional, channel and product mix, lower discounts as well as slightly positive currency impacts led to margin improvements.

Operating expenses (OPEX) increased by 17.2% and amounted to € 1,620.7 million. The increase was driven by higher sales-related variable costs as well as continued investments in IT infrastructure, marketing and our own retail business.

Inventories were up by 28.4% at € 1,140.8 million. Earlier purchase of products to balance supplier capacities and secure product availability, more retail stores in operation and the general sales growth led to the increase. In the third quarter, the latest currency developments as well as an increased front-loading of product for the United States prior to tariff increases further added to the development. Trade receivables rose by 13.1% to € 794.8 million. On the liabilities side, trade payables were up by 23.0% to € 722.1 million. This resulted in an increase of working capital by 20.1% to € 915.7 million.

The third quarter saw a continued strong increase in sales and profitability. Based on this and our expectations for the fourth quarter, we slightly adapt our guidance for the full year 2019. PUMA now expects that currency adjusted sales will increase around 15% (previous guidance: currency adjusted increase of around 13%). The gross profit margin is still anticipated to improve slightly (2018: 48.4%) and we continue to expect that operating expenses (OPEX) will increase at a slightly lower rate than sales. As a consequence, we expect the operating result (EBIT) to come in between € 420 million and € 430 million, despite the negative impact from new tariffs in the fourth quarter in the United States (previous guidance: between € 410 million and € 430 million). In line with the previous guidance, management expects that net earnings will improve significantly in 2019. 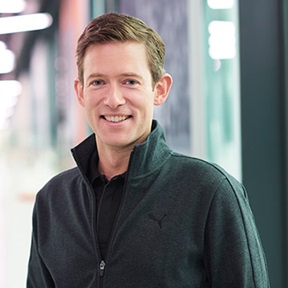