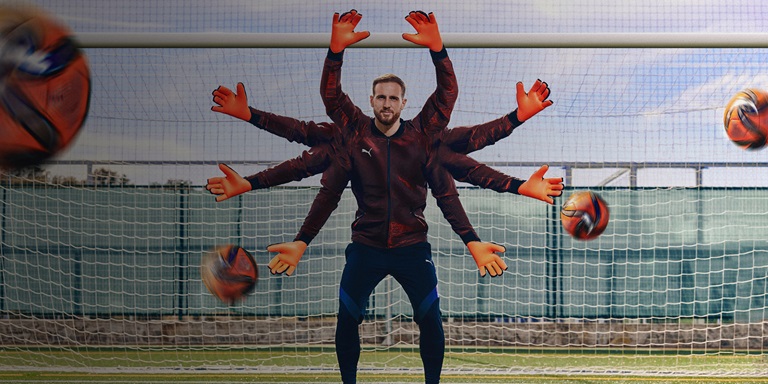 PUMA Football has signed a long term partnership with Jan Oblak, the most expensive goalkeeper in the world, who joins an extensive list of world class goalkeepers wearing the sports company’s performance footwear and equipment.

Oblak has establish himself as one of the world’s leading goalkeepers, being voted the Spanish league’s best goalkeeper three times in a row. He achieved 100 career clean sheets in 178 games and since his transfer to Madrid in 2014, he has kept more clean sheets (79) than any other goalkeeper in Europe’s top five leagues.

In recognition of his achievements, Oblak’s club contract includes a €100 million buy-out clause – making him technically the world’s most expensive goalkeeper.

From today Jan Oblak will be wearing the PUMA FUTURE boots and gloves as he continues to re-write the goalkeeping manual.

Download the Media Kit below to get pictures and the Press Release.