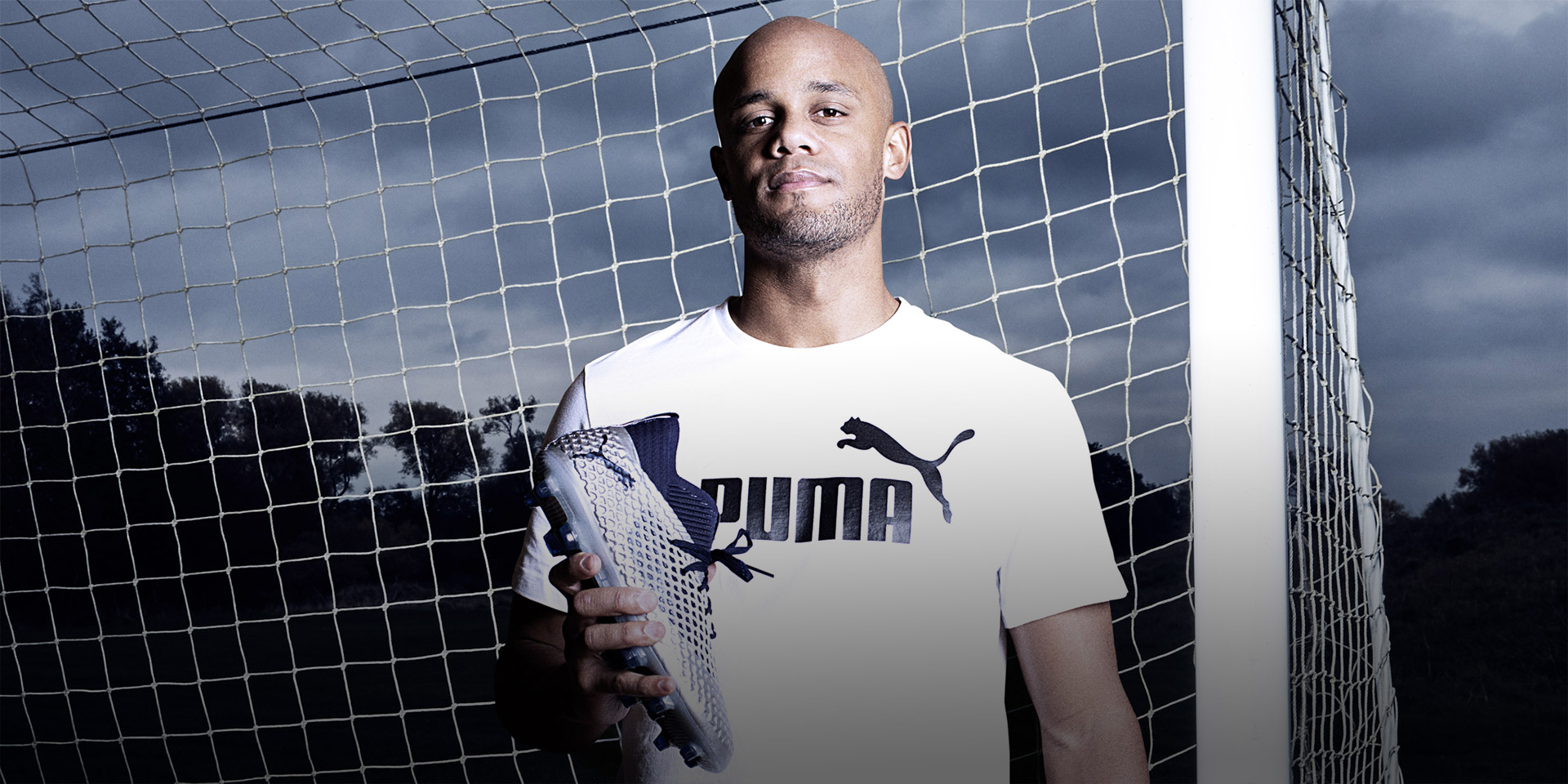 PUMA Football and citizens captain Vincent Kompany have signed a long-term partnership, which will see the Belgian defender hang up his leather shoes and step into the PUMA Future for his next game.

Having 87 caps for Belgium, Kompany has become a role model and unifying figure in his linguistically-divided home country, which came in third during the international tournament in Russia last summer.

Kompany, who helped his club win three league titles with his impressive defending statistics, winning over 1000 duels and making some 1500 clearances in the league alone, is well known for preferring all-leather boots.

For his partnership with PUMA, however, he will sport the PUMA Future, which combines state-of-the-art NETFIT technology with a form-fitting textile base material and knitted ankle sock for infinite lacing options.

“What is crazy is that I was a leather boot only guy till I tried Future. As soon as I laced up in them, I knew it would be an exciting boot to play in. I’m really looking forward to wearing them on the pitch and seeing how they evolve over the next few years,” said Vincent Kompany.

“I have always been an aggressive player, it is a big part of my game, so when a brand like PUMA approached me to work with them, I was incredibly happy, because for me PUMA is a brand that as well as having such a great heritage in football, creates brave and forward-thinking products,” he added.

Vincent Kompany will wear the PUMA Future ‘Stun Pack’ from the 14 of December.