Key sales figures at a glance

Bjoern Gulden, Chief Executive Officer of PUMA SE: “2013 has been a challenging year for PUMA and there is no doubt that we have issues in terms of lack of brand heat, commercial products and desirable distribution. Nonetheless, PUMA is a great brand and with our new brand positioning as the Fastest Sports Brand in the World, we have a clear vision of where we want to go. “Forever Faster” is not only our new brand statement, it is also our new mindset. PUMA is about fast products, fast athletes, fast designs and fast decision making. With the re-signing of Usain Bolt, and signing of Arsenal FC and Mario Balotelli, we further demonstrate that we are a true sports brand. Together with our great assets and new creative agency, we will launch our new campaign to the consumers in Q3/2014 which is fueled by PUMA’s biggest media investment in the last decade. This is not a quick fix, but 2014 marks the start of the turnaround”.

Group sales in the fourth quarter of 2013 remained under pressure with sales declining 4.7% currency adjusted and 13.2% in Euro terms from € 805 million to € 698 million. This drop was driven mainly by weakening currencies in Japan, Russia, Turkey and various countries in Latin America.

In the EMEA region, sales declined by 7.6% currency adjusted to € 226 million as economic conditions across most of Europe remained challenging. Solid sales growth in Russia and Turkey was not enough to offset weaker performances in Western and Southern European countries.

Revenues in the Americas region decreased by 3.5% currency adjusted to € 268 million, where solid performances in the USA and Canada were offset by decreases in Latin America. Mexico and Chile in particular declined on high comparables after strong performances last year.

Sales in the Asia/Pacific region decreased by 2.8% currency adjusted to € 205 million. While India continued to grow across multiple categories (Running, Training/Fitness), the rest of the region performed either at or slightly below last year’s levels.

Operating expenditures continued to decline further, thanks to the positive impact from the measures implemented in the ongoing Transformation and Cost Reduction Program. As a consequence, OPEX was reduced by 4.8% from € 322 million to € 306 million in the quarter. Despite the continuous reduction in OPEX, the decline in sales combined with the lower gross profit margin led to a decrease in EBIT (before special items) to € 1.1 million.

As announced with the third-quarter results in November last year, PUMA booked € 129 million of special items in the fourth quarter, consisting mostly of non-cash effective impairments of goodwill and trademarks as well as costs related to the strategic initiatives. Those include the centralization of PUMA’s international product functions from London and the intended centralization of Global and European Retail operations from Switzerland to its Herzogenaurach headquarters as well as the closure of the PUMA Village development center in Vietnam.

As a result, PUMA’s quarterly Operating Result (EBIT) declined to € -128 million and earnings per share fell to € -7.71.

In line with the Transformation and Cost Reduction Program, unprofitable PUMA Stores were closed, while new stores with a particular focus on profitable new locations in emerging markets were opened. PUMA’s full year retail sales rose by 5.6% currency adjusted to € 623 million in 2013, equal to 20.9% of total sales.

PUMA’s full year gross profit margin declined from 48.3% to 46.5%, driven by Footwear gross profit margin, which declined from 46.5% to 43.7%. Looking to other categories, Apparel margins fell from 49.8% to 48.3% and margins in Accessories decreased slightly, from 50.5% to 49.8%. The reasons for the decline were increased discounting to clean up inventory, negative hedging/foreign exchange impacts and an unfavorable shift within the product and regional mix.

PUMA continued to implement the Transformation and Cost Reduction Program throughout 2013. As a result, the company has become more efficient. PUMA’s European operations have been streamlined by consolidating 23 countries into seven areas. Furthermore, and in line with the above, six warehouses were closed in Europe in 2013. PUMA has continued to optimize the retail portfolio as outlined previously by closing 73 of the originally planned 91 stores, with the remainder to be closed during 2014. PUMA has cancelled product categories like Rugby in the northern hemisphere and Sailing that were not viable or were no longer part of the company’s core categories. The related sponsorships have been discontinued. As a consequence of these consistent efforts PUMA was able to drive down the full year OPEX, which improved by 6.9% from € 1.31 billion to € 1.22 billion.

The continued OPEX improvement was not enough to fully offset the decline in sales and gross profit margin. PUMA’s EBIT before special items declined from € 291 million to € 191 million for the full year, equivalent to 6.4% of sales.

PUMA booked € 129 million in special items during the fourth quarter. The majority of the special items consist of the impairment of non-current assets, in particular goodwill and trademarks, and are non-cash effective. Other items included one-time costs associated with the strategic initiatives of the new Management team, such as the closure of the PUMA Village development center in Vietnam as well as the relocation of PUMA’s international product functions from London and the intended centralization of Global and European Retail operations from Switzerland to its Herzogenaurach headquarters.

As a result, PUMA’s Operating Result including special items (EBIT) for the full year declined to € 63 million, equivalent to 2.1% as a percentage of sales.

Financial Result For the full year, PUMA’s financial result was equal to € -8.7 million, deriving mainly from foreign currency fluctuations throughout the year.

In line with PUMA’s new mission to become the Fastest Sports Brand in the World, PUMA has continued to streamline its business operations to make processes faster and more efficient. In order to accelerate PUMA’s development process, the new management team took the decision last year to divest from the PUMA Village development centre in Vietnam, and also to relocate its international product functions from the London office to its headquarters in Herzogenaurach. In addition, PUMA decided to establish an end-to-end process responsibility for the whole product development process under the umbrella of PUMA Group Sourcing. Moreover, PUMA intends to relocate the PUMA Global and European Retail Headquarters as well as European E-Commerce, which are currently based in Oensingen in Switzerland, to Herzogenaurach. Through this move, the alignment and collaboration with key functions like Global Merchandising, the Business Units and the European Region will improve significantly and become faster.

With the intended closure of the Oensingen (Switzerland) office, we will also finalize the integration of PUMA Schweiz AG into the DACH area. In the future, the Swiss office will focus on Sales, with all other functions provided by the DACH Area headquarters in Herzogenaurach.

In December, we announced a new long-term partnership with international football icon Mario Balotelli. As another key signing for PUMA, Mario will be a major force in driving the brand’s performance message. With his passion, speed, agility and power he is a perfect fit to support PUMA’s repositioning as a true Sports Brand and the company’s mission to be ‘Forever Faster’.

Ahead of the 2014 FIFA World Cup in Brazil, where PUMA will have a strong on-pitch presence of eight teams (Italy, Switzerland, Ghana, Cameroon, Ivory Coast, Algeria, Uruguay and Chile), we recently revealed our latest product innovation in football: PUMA’s revolutionary evoPOWER boot. Inspired by the freedom of movement of barefoot kicking, evoPOWER features the most advanced PUMA technologies to date and is scientifically proven to be the world’s most powerful football boot. The evoPOWER will be worn on pitch by Cesc Fàbregas, Marco Reus, Mario Balotelli, Yaya Touré, Dante and many others.

As PUMA enters a new era as the Fastest Sports Brand in the world, we have sealed a long-term partnership with Arsenal Football Club, representing the biggest deal in both PUMA’s and Arsenal’s history. This clearly underlines our positioning as the global number three brand in football. Effective 1st July 2014, PUMA will not only become Arsenal’s official kit partner but has also acquired wide-ranging licensing rights to drive mutual growth across all football markets.

Highlights in other PUMA categories included Usain Bolt’s fifth World Athlete of the Year award at the 2013 IAAF World Athletics Gala in Monaco, the contract extension with Swedish-born professional golfer Jonas Blixt and the signing of the Australian golf legend and Hall of Famer Greg Norman, who will once again be a global brand ambassador for Cobra PUMA Golf, collaborating on product development and sporting Cobra clubs at a variety of appearances, tournaments and events.

Outlook for the Financial Year 2014

In 2014, PUMA will reposition itself to again become a true Sports Brand. PUMA is excited to launch its new brand statement “Forever Faster” through a global media campaign in the Autumn/Winter season 2014 – the company’s biggest media campaign in the last decade. This re-ignition of the brand heat was kicked off by extending the partnership with the fastest athlete on the planet, Usain Bolt, and was further fuelled by signing one of the world’s top football clubs, Arsenal FC, and Italian superstar Mario Balotelli. Moreover, in the coming year of football, 25% of all participating teams at the World Cup in Brazil will be wearing PUMA jerseys. With the signing of iconic sports marketing assets and the launch of high performance product innovations like the world’s most powerful football boot evoPOWER, and with more to come, PUMA proves and will continue to demonstrate its competence as a true Sports Brand in 2014 and will also leverage its clear positioning in sports to sell sports-inspired lifestyle products.

In addition to increasing brand heat and upgrading the product engine, PUMA’s priorities in 2014 are to replace lower tier distribution with higher tier distribution and to improve the relationships with our retailers in order to drive sales quality and sell-through. In close collaboration with key accounts, PUMA will build dedicated product and marketing programs which will help to regain shelf space and improve sell-through. While weaker first-half sales are expected, the rebuilt trust of PUMA’s retail partners will start to materialize in the form of increased orders for the second half of the year. With the support of the Forever Faster media campaign and the partnership with Arsenal, the second half of the year is expected to compensate for the shortfall in sales experienced in the first half of the year.

PUMA therefore expects its net sales to be flat in 2014, but with improved revenue quality. Assuming minor input price inflation and stable currencies, the gross profit margin is expected to improve slightly due to sourcing improvements and favorable changes in the product mix.

Driven by strong marketing investments in media and sports assets, although combined with strict ongoing control of other costs, PUMA’s OPEX will increase. Management therefore anticipates an EBIT margin before special items of approximately 5% of net sales in 2014.

However, due to the special items booked in 2013, management expects a significant improvement in the net profit margin, which is expected to come in at approximately 3.0% of net sales. (2013: 0.2%).

2014 will be a turnaround year for PUMA where the brand will be re-established in the market place and bring PUMA back to a path of profitable and sustainable growth in the mid-term. 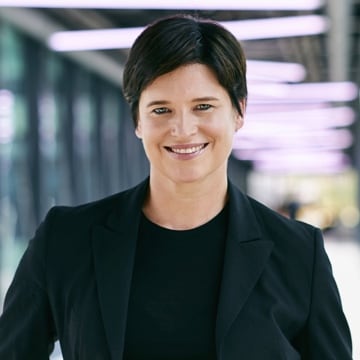