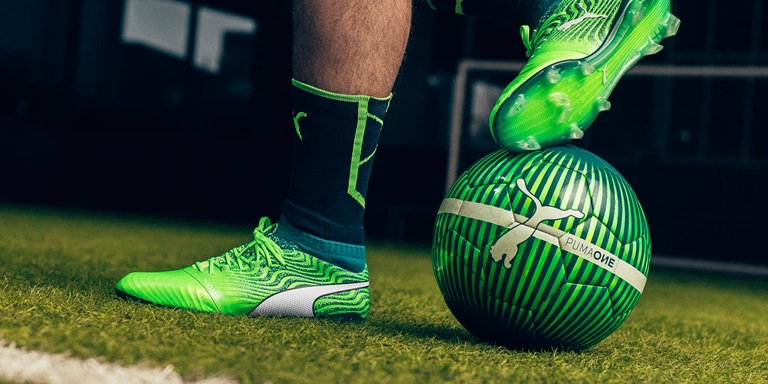 Key Sales Figures at a Glance

Bjoern Gulden, Chief Executive Officer of PUMA SE: ”Sales and profitability for the third quarter developed as expected. Analyses have shown the need for further, mainly non-cash, one-off charges. Special items of around € 130 million are therefore expected to be booked in the fourth quarter. We know that our business is currently in a difficult position with challenging sell-throughs, sub-optimal distribution and low brand heat. But we also know that PUMA is an amazing brand with a great history, global awareness, fantastic logos, great assets and talented people. I am therefore convinced that – although it will take some time – we will turn this business around and make ‘the cat’ shine again.”

PUMA’s sales performance in the third quarter of 2013 was in line with full year guidance. Consolidated sales softened by 1.4% currency adjusted in the quarter. In Euro terms, sales declined by 8.9% from € 892 million to € 813 million due to the continuing currency volatility generated by several countries.

EEMEA and UK continue to grow

Third-quarter EMEA sales declined by 1.7% currency adjusted to € 378 million, as the business climate in Western Europe continued to be challenging. However, PUMA performed well in the UK, primarily due to strong sales of our Lifestyle and women’s fitness ranges. Despite these improved figures, poor consumer sentiment and depressed household spending across much of Europe, particularly in southern countries, outweighed the increases. There was, however, another encouraging performance in the Eastern European region.

Sales in the Americas were up by 0.7% currency adjusted to € 261 million in the third quarter of 2013. PUMA developed positively in North America and Argentina.
The Asia/Pacific region was weak across nearly every country in the third quarter, falling by 3.7% currency adjusted to € 174 million. The only exception was India, which delivered an encouraging performance with increased sales in the Running and Lifestyle categories.

In the third quarter, retail sales rose by 5.3% currency adjusted to € 161 million. For the first nine months of the year, they increased by 7.1% currency adjusted to € 446 million, equaling 19.5% of total sales. This growth was achieved despite PUMA operating a lower number of owned and operated retail stores and continues to justify the measures undertaken by the company’s Transformation and Cost Reduction Program.

Footwear Sales continue to be difficult

Due to changes in the product mix, selective discounting and currency headwinds, PUMA’s gross profit margin declined in the third quarter of 2013. Gross profit margin for the third quarter stood at 47.1%, compared to 48.2% over the same period last year. Footwear margin declined from 46.1% to 44.4%, Apparel margin was broadly unchanged at 49.9% and Accessories margin dropped from 50.6% to 48.6%.

PUMA’s ongoing Transformation and Cost Reduction Program delivered further improvements to the company in the third quarter of 2013. The optimization of PUMA’s retail portfolio, where we have now closed over two thirds of the stores set out in the Program, has delivered the intended cost savings.

The company has also closed three warehouses in its efforts to streamline its logistical set up. We are also making progress on our article count reduction, with our 2013 collections streamlined by 10%.

As a result of the above mentioned Transformation Program, combined with ongoing cost control efforts, operating expenditures have been further reduced on a company-wide scale. Operating expenditures were once again lower when compared to last year, down 8.2% in the third quarter of 2013 from € 336 million to € 309 million.

Operating expenditures have been brought down from € 986 million to € 911 million for the first nine months of the year. As a consequence, PUMA’s OPEX ratio has decreased from 40.0% to 39.8%.

The continued improvement in OPEX delivered by the implementation of the Transformation Reduction Program has not been able to fully offset the current decline in sales and gross profit margin. Thus, when compared to last year, PUMA’s EBIT before special items has retreated in the third quarter from € 99 million to € 80 million. EBIT before special items also declined in the first nine months of 2013 from € 248 million to € 190 million, equivalent to a margin of 8.3%.

The financial result recorded for the third quarter was € -1.5 million, due mainly to continued currency fluctuations. For the first nine months similar impacts led to a result of € -9.5 million compared to € -0.9 million last year.

Further strong improvement in Working Capital during the third quarter

PUMA’s continued focus on Working Capitalhas resulted in a decrease in inventoriesof 11.7% to € 570 million and a decrease in Group trade receivables by 16.1% to € 524 million at the end of the third quarter.

As a result of the details outlined above, PUMA’s third quarter net cash position rose from € 205 million to € 246 million.

Over the last three months the new team has created a newly unified Brand Platform that will be rooted in the Sports DNA of the company, and which reconciles the Performance and Lifestyle sides of our brand. Previously, we have had two distinctive visions for each part of our business, which has led to confusion and a lack of clarity for our teams, our business partners, and ultimately our consumers.
We will start by focusing our efforts with a new mission statement – going forward, PUMA will be the Fastest Sports Brand in the World. This simplified mission will result in a single brand purpose and a single consumer message. PUMA will be: “Forever Faster“. The statement, a new tag line we will launch to consumers in 2014, reflects a 65 year history of making fast product designs for the fastest athletes on the planet.

But “Forever” references more than just our history, and our commitment to our classic products. It’s a recognition of the endless pursuit of whatever is next – in performance innovations, in cultural trends, and in style and fashion. While “Faster” is more than just delivering the rational benefit of speed to athletes, we will have a single minded purpose of celebrating faster in every sense of the word – lighter products, better fit for greater agility, enhanced benefits that allow for extended training for speed, and every other possible way we can deliver the fastest products for the fastest performers. The phrase simultaneously references the emotional benefit of owning speed – the thrill, the fun, and the swagger of Usain Bolt himself, the man who best personifies this new strategy and ambition.

Forever Faster will be a part of a long term effort to clearly re-establish our brand in the minds of our customers. The third quarter of 2014 will see the consumer launch of this new brand strategy that will also encompass a new brand campaign creative direction, supported by a large scale media campaign.

While Forever faster is the new brand platform for PUMA, it will also be the guiding principles for the company in its action and decisions: Our objective is to be fast in reacting to new trends, fast in innovations, fast in decision making and fast in solving problems for our partners. As one consequence of the new mission to become forever faster, the new management team decided to divest from our PUMA Village development center in Vietnam to accelerate PUMA’s development process by bringing our developers directly to the factories.. This step helps to streamline the processes between design and source with the intention to become leaner, more efficient and more agile within the creation process. As a further consequence, PUMA plans to relocate its international product functions from the London office to its headquarters in Herzogenaurach.

At the 2013 IAAF World Championships in Moscow in August, where PUMA partnered eight national teams, the World’s Fastest Man Usain Bolt continued his reign as track and field’s biggest star, adding another three gold medals to his stash to become the most successful athlete in World Championship history. Together with his teammates, Usain helped power the Jamaican men’s team to victory in every sprint event. With six Gold medals in total, Jamaica finished third in the medal table, an excellent result for the Caribbean island and continued testament to PUMA’s product expertise in terms of speed and performance.

As he is the perfect ambassador for PUMA, the company renewed its contract with Usain Bolt in September, continuing our successful partnership up until the 2016 Olympic Games in Rio de Janeiro and beyond.

PUMA partnered Borussia Dortmund continued to enthuse the viewing public with their sensational performances – both in the Bundesliga as well as on the international stage in the UEFA Champions League – thereby cementing their position as one of the most attractive club teams in world football. While PUMA star Marco Reus continues to play a crucial role in Dortmund’s ongoing success, another talented midfielder has joined the PUMA Football family. Spanish International Santi Cazorla, who was awarded player of the year in his first season at Arsenal, is a fantastic addition to PUMA’s portfolio of international top players.

In October, our Cobra PUMA Golf athlete Lexi Thompson secured her third professional win at only 18 years old at the Sime Darby LPGA tournament in Malaysia. Her easy going personality, competitive nature and skill not only draws fans in from all over the world but also make her a perfect brand ambassador for our continuously expanding Golf category.

In addition, PUMA’s Management also anticipates one-off charges, the majority of which will be non-cash effective, of approximately € 130 million to be booked in the fourth quarter of 2013. The majority of these special items will consist of impairments charges related to non-current assets. New initiatives announced include the closure of the product development centre in Vietnam and the intended transfer of our international product teams from London to Herzogenaurach.

Reflecting these new elements mentioned above, Management now expects 2013 full year net earnings to be positive, but significantly below those of 2012.