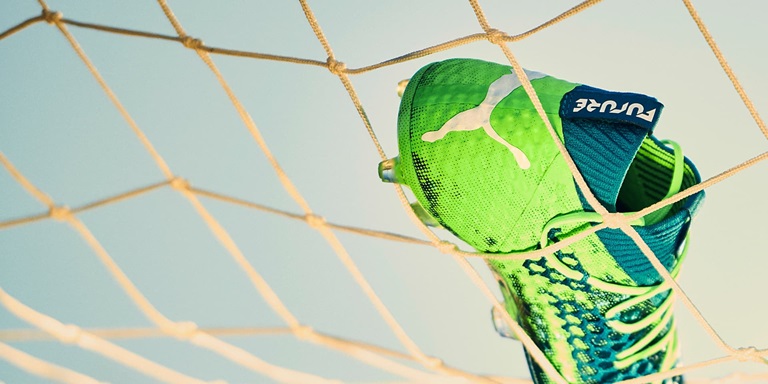 Michael Laemmermann, Chief Financial Officer of PUMA SE: “Despite sluggish performances in Southern Europe and the Far East as well as currency headwinds impacting sales, PUMA’s second quarter performance was in line with our full-year guidance. We have pushed forward with our Transformation and Cost Reduction Program and continued to reduce the number of underperforming retail stores. With our new Chief Executive and Chief Operating Officers as well as Global Creative Director onboard, we are well positioned to secure profitable, long term growth.”

PUMA’s consolidated sales declined by 4.0% currency adjusted from € 753 million to € 692 million as a result of lower sales in all regions during the second quarter of 2013. Sales in Euro terms fell by 8.0% due to negative currency effects in various countries, notably in Japan, Argentina and South Africa.

The EMEA region recorded a decline of 4.7% currency adjusted with sales of € 266 million in the second quarter. PUMA’s sales performance in Eastern Europe bucked the current sluggish business trend in Europe, delivering mid-single digit sales growth currency adjusted. Russia in particular rose strongly, delivering strong double-digit currency adjusted growth against a background of continuing retail portfolio optimization. Sales in Turkey rose likewise, driven in particular by an improved retail performance. However, these excellent performances were more than offset by slowing sales in Western and Southern Europe with France and Italy in particular not meeting expectations within the region.

In the Americas sales softened by 1.3% currency adjusted to € 267 million in the second quarter of 2013, including strong comparables. While sales in the US market decreased slightly and performance in Chile slowed, Canada and Argentina improved significantly. Golf products resonated particularly well with consumers in Canada, while in Argentina improved product availability due to increased local production underpinned strong sales growth.

Sales in the Asia/Pacific region fell by 7.2% currency adjusted to € 159 million, declining in nearly all markets. Although India continues to deliver another excellent quarterly performance, where our cricket offering continues to perform, and sales in Japan were positive on a currency adjusted basis, this was compensated by slow-downs in Korea and China, where some wholesalers have consolidated and high inventories persist within the market.

PUMA has continued to optimize its retail portfolio, notably by closing non-performing stores in line with the Transformation and Cost Reduction Program. This, combined with the opening of new, profitable stores and an improved e-commerce platform, has helped to propel PUMA’s retail performance. Retail Sales increased by 3.4% currency adjusted in the second quarter to € 149 million and by 8.1% during the first six months of the year to € 284 million, which represents 19.3% of our total sales.

Currency adjusted Footwear sales moved down by 7.3% to € 330 million in the second quarter of 2013. Although our Lifestyle category continues to perform well, Motorsport did not meet expectations and Teamsport was lower due to high comparables from last year’s sales triggered by the Euro 2012. However, PUMA’s top-selling adaptive running shoe Mobium Elite has won multiple awards. It has garnered accolades across the globe, including Most Innovative (Competitor Magazine/US), Best New Technology (Go Multi/South Africa) and Best Debut (Runner’s World China). PUMA’s Mobium Elite will continue to evolve and thrive with new colors and hues available in the coming seasons. The new evoSPEED football boot, which was launched in the second quarter, is also off to a good start with positive sell-through rates at major football specialty retailers.

Sales in the Apparel segment declined by 6.8% currency adjusted to € 227 million. While the Lifestyle and Fitness categories remained below expectations in the second quarter, PUMA’s football category benefitted from Borussia Dortmund’s outstanding performances in the Champions League.

Accessories climbed by 10.9% currency adjusted to € 136 million, as our joint ventures for socks and bodywear continued to outperform. Cobra PUMA Golf – one of PUMA’s currently most successful categories – grew by double digits. Golf professional and PUMA partner Jonas Blixt recently underscored Cobra PUMA Golf’s burgeoning reputation, winning the Greenbrier Classic, his first US PGA tournament of the year. With his Cobra Clubs and PUMA Apparel and Footwear, Jonas cleared up the field to win by two strokes.

PUMA has had great successes with its partnered athletes and teams in the first half of the year. The focus now turns to the Track & Field World Championships in Moscow in August, where PUMA will be partnering eight national teams in the competition. Their performances will not only further improve PUMA’s brand visibility but also our product expertise in the Running category.

Transformation and Cost Reduction Program in line with plan

PUMA continued to realize its quarterly objectives in effecting the Transformation and Cost Reduction Program during the second quarter of 2013. The company’s retail portfolio delivered growth whilst being optimized, as unprofitable stores were closed and at the same time new, profitable stores opened in the second quarter. PUMA has now closed 60 stores within the Transformation Program since the beginning of the year, which also impacted the total sales number.

In line with the Transformation and Cost Reduction Program, PUMA has also continued with its divestiture of non-core marketing and sponsorship assets and will continue to do so in the second half of the year. In addition, there has been further streamlining within PUMA’s European operations, as the organization follows its path towards a more efficient, fully regional setup, and also amongst our business unit structure, both helping us to become a more market and consumer focused organization.

This is all part of the management’s clear aim of invigorating the brand desirability and rejuvenating the product offering, with a sharp focus on core markets and categories. PUMA continues to foster an entrepreneurial culture and cultivate strong sales forces in its markets, thriving on the high motivation of its employees.

The expected pressure on margins continued during the second quarter of 2013, pushing PUMA’s gross profit margin down from 49.1% to 46.0%. Ongoing currency headwinds arising from negative hedging positions compared to the same period last year, increased promotional activity as well as the regional and Footwear product mix combined to exert pressure on the margin. Footwear margin dropped from 48.3% to 44.1%, further impacted by discounts. Apparel fell from 49.4% to 47.0% and Accessories fell from 51.1% to 49.2%

As PUMA continues to implement the Transformation and Cost Reduction Program laid out last year, the Company continues to benefit in terms of reduced operating expenditure throughout the firm. Operating expenditures declined by almost 11% from € 327 million to € 292 million during the second quarter of 2013, underpinning our efforts to further improve the overall efficiency of our organization. This OPEX reduction has resulted in a decrease in the OPEX ratio by 130bps year-on-year to 42.2% in the second quarter.

Although, and as mentioned above, PUMA continues to achieve significant savings through the Cost Reduction Program, those could not offset the decline in sales and gross profit margin. As a result, EBIT declined from € 47 million to € 31 million in the second quarter. Similarly, half-year EBIT declined from € 149 million to € 110 million, equal to an EBIT margin of 7.5%.

The second quarter financial result was broadly stable at € -4 million. Currency fluctuations during the first half of the year moved the financial result down from € -3 million to € -8 million compared to last year.

PUMA’s Free Cashflow continued to improve during the first half of the year, moving from € -147 million to € -112 million. This is a result of lower payments for acquisitions and reduced Capex in 2013. The Free Cashflow (before acquisitions) came in at € -92 million compared to € -57 million for the same period in 2012.

Capex significantly declined from € 34 million to € 19 million, with lower investments in retail stores and other equipment.

As a consequence of the elements mentioned above, PUMA’s net cash position improved from € 236 million to € 291 million at the end of the second quarter.

To strengthen product and design, PUMA has created the new position of Global Creative Director as part of its Transformation Program and appointed to it Torsten Hochstetter. Torsten is responsible for designing, creating and developing the Sport Performance and Sport Lifestyle collections of the brand, touching on all product categories including Footwear, Apparel and Accessories. Torsten will work hands-on with all respective PUMA design teams worldwide.

Following PUMA’s sales performance for the first half year 2013, Management continues to expect a low to mid single-digit decline in currency adjusted full-year net sales as well as pressure on the gross profit margin during the second half. As a consequence, and also based on continued OPEX improvements, Management reiterates its first quarter guidance and expects an increase in net earnings compared to 2012.