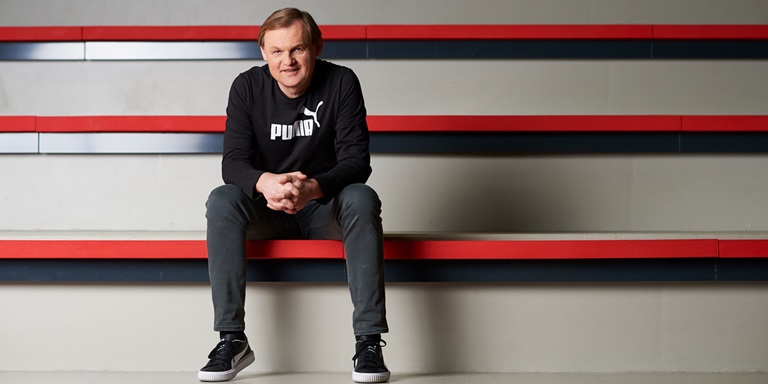 The Administrative Board of PUMA SE today appointed Björn Gulden (47) as the Sportlifestyle company’s new Chief Executive Officer (CEO), effective 1 July 2013. He succeeds Franz Koch who left the company at the end of March.

Björn Gulden brings to PUMA an extensive international experience of nearly 20 years in the sporting goods and footwear industry, where he held a variety of management positions. He has been CEO of Danish jewellery brand Pandora since the beginning of 2012. From 2000 to 2011, the Norwegian native was Managing Director of Europe’s largest footwear retailer, Deichmann, where he also headed the US-subsidiaries Rack Room Shoes and Off Broadway Shoes as CEO and President. Prior to 2000, he held several management positions at outdoor apparel company Helly Hansen and sporting goods firm Adidas, where he was Senior Vice President of Apparel and Accessories.

“With Björn Gulden, we are pleased to have an experienced sports industry expert with proven leadership quality and know-how in managing sports and footwear brands taking up the reins of PUMA,” said Jean-François Palus, Chairman of the PUMA Administrative Board and Group Managing Director of Kering, PUMA’s majority shareholder. “I am absolutely convinced that Björn Gulden is the perfect fit to lead PUMA through its continuing restructuring and transformation program on its mission to become the most desirable and sustainable Sportlifestyle company in the world.”

Björn Gulden, new CEO of PUMA said: “I am honoured and look forward to taking on the position as CEO of PUMA, one of the industry’s most exciting and powerful brands. PUMA enjoys an enormous potential – both in the Performance and in the Lifestyle markets, and I am eager to help unlock this potential and further grow the company in the years to come.”

The former football professional who played among others for German Bundesliga club 1. FC Nürnberg studied Business Administration in Norway and obtained an MBA from Babson Graduate School of Business in Boston. Fluent in Norwegian, English and German, he will be based at PUMA’s headquarters in Herzogenaurach, Germany.