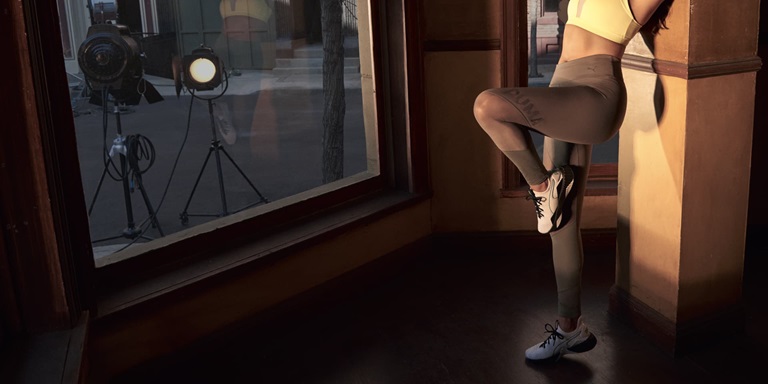 “I am pleased to see that our sales and earnings performance in the financial year 2011 bear testament to the fact that PUMA is “Back on The Attack”, and that our 5-year growth plan is already having a positive impact”, said Franz Koch, CEO of PUMA SE. “We managed to surpass our sales target this year, eclipsing € 3 billion in sales for the first time, while PUMA’s net earnings also beat management’s expectations. With the support of a strong sports marketing portfolio we are well on track to explore the opportunities of the sports year 2012 as well as achieve our 2015 goal of € 4 billion in sales. We expect a sales increase in the high single digits for this year.”

PUMA’s fourth-quarter consolidated sales rose strongly to over € 720 million, up 15.8% currency adjusted and 15.6% in Euro terms when compared to last year, and surpassing all of PUMA’s previous fourth quarter results. This exceptional performance was once again underpinned by all regions, despite the continued economic uncertainty stemming from the Euro-zone debt crisis, which continued unabated during the last three months of 2011.

PUMA excelled again in the Americas, where sales grew by 27.8% currency adjusted to € 271 million. The Latin American market continued to be a significant growth driver for PUMA, and Motorsport remains the top performing category in the region. The situation in the US improved, and sales accelerated during the fourth quarter, while PUMA’s lifestyle products in particular resonated well with consumers.

Despite reluctant consumer behavior amid the Euro-zone debt crisis, EMEA sales rose by 8.3% currency adjusted to € 237 million. The UK and France performed well, while Russia was at the forefront of improved performance in Eastern Europe. Lifestyle products in particular continued to perform well, while our participation in the Volvo Ocean Race boosted sales in PUMA’s Sailing category. Fitness also posted significant growth rates.

Sales in Asia/Pacific improved by 11% currency adjusted to € 212 million. PUMA’s football shoes and lightweight running products, especially our FAAS range, continued to stand out, while growing demand came from outdoor products in the region. Results in Japan, India and Korea remained very strong while China grew at the expected rate.

In the fourth quarter, PUMA’s gross profit margin was 46.7%, up from 45.4% last year. The gross profit margin for footwear increased from 43.4% to 46.6%. Apparel retreated from 47.0% to 45.9%, whereas Accessories rose to 49.0% from 48.4%. This increase stems from the overall product mix and an acceptance of the selective price rises indicated previously by PUMA and implemented in the fourth quarter of 2011.

Fourth quarter operating expenses rose in line with our growth strategy, by 18.4% to € 292.3 million, and was equivalent to 40.6% of sales, up from 39.6% for the same period last year. This increase derives from the further investments under the aegis of our “Back on the Attack” strategic growth plan. Additional funding in IT, the supply chain, marketing and product has grown as planned, as we continue to aim for the targets set out at the end of 2010.

The financial result declined from € -1.2 million to € -8.9 million, largely as a result of foreign exchange impacts relating to financing activities.

Net Earnings excel with a 137% improvement

“Back on the Attack” growth plan already having a positive impact

Much of PUMA’s success in 2011 can be attributed to its long-term strategic growth plan “Back on the Attack,” launched in autumn 2010 and implemented from the beginning of last year. PUMA’s annual results attest that this roadmap, which aims to unlock our long-term brand potential of € 4 billion in sales by 2015, has already had a positive impact on the company’s performance during 2011. One aspect of this strategy is increasing PUMA’s brand desirability by differentiating PUMA’s Performance and Lifestyle categories.

In 2011, we strengthened PUMA’s roots in performance, particularly in football, by significantly expanding the sports marketing portfolio of brand ambassadors. PUMA signed Sergio ‘Kun’ Agüero and Yaya Touré of Manchester City, Radamel Falcao of Atlético Madrid and Cesc Fàbregas of Barcelona. They will all feature as central figures in our global marketing campaigns in the coming years. PUMA signed up the reigning German football champions, Borussia Dortmund, to a new partnership as well as the South African Football Federation, the host of the next African Cup of Nations. With a portfolio of 12 African teams, we remain the leading football sponsor on the African continent. All these strategic moves underline our ambition to be the clear number 3 brand in the world of football.

Consolidated sales for the Full Year climbed 12.1% currency adjusted (11.2% in Euro terms) to just over € 3 billion. With this record result, PUMA has achieved its sales target for the full year.

In terms of segments, Footwear continued to thrive, growing 9.9% currency adjusted to € 1.54 billion. Apparel rose at the same rate, surpassing the 1 billion Euro mark for the first time.

Accessories posted an impressive 27.3% currency adjusted increase, up to € 434 million, after Cobra Golf had been integrated for a full year for the first time in the financial year 2011.

Of the total consolidated number, retail sales were € 515 million or 17.1%. This is an increase in absolute terms of € 45 million, but a slight decrease from 17.4% of total sales in 2010. As part of our growth strategy, we are still aiming for 20% of sales to be recorded in our own retail.

For the full year, gross profit margin is stable at 49.6% (prior year: 49.7%). This was achieved in the face of higher wage pressures and increasingly volatile commodity price movements. The Footwear margin rose slightly from 48.9% to 49.1%, Apparel dropped a percentage point to 49.6% and Accessories moved up one percentage point, to 51.6%.

The financial result for 2011 came in at € -12.8 million versus € -5.3 million in 2010. Interest income rose by € 0.8 million to € 5.2 million, while foreign exchange rate fluctuations related to financing activities led to a negative result of € 6.9 million which did not occur in 2010. Other financial expense related items increased by € 1.4 million this year.

PUMA’s overall Working Capital increased by 32.0% to € 534.0 million. Inventories rose by 22.1% from € 439.7 million to € 536.8 million, which was necessary to accommodate our planned sales growth, and also a consequence of higher procurement prices which, amongst other things, led to this increase. Trade receivables also increased, up 19.3% from € 447.0 million to € 533.1 million as a result of our strong sales performance, particularly in the fourth quarter. Trade payables also rose strongly by 25.3% to € 431.4 million, partly balancing the increase in Working Capital.

Free Cashflow for the full year dropped slightly to € 16.8 million versus € 17.1 million in 2010. With regards to our Capex, PUMA’s outgoings increased by 28.9% to € 71.1 million. As already discussed, this increase is almost entirely derived from investments in line with our growth strategy, into supply chain improvement, IT systems and the ongoing expansion of our retail store portfolio. Payments for acquisitions fell by almost 60% to € 44.2 million, as the 2010 number included PUMA’s purchase of Cobra Golf. The purchase of the outstanding stake in our China business from our joint venture partner accounted for the majority of acquisition payments made in 2011.

The Administrative Board will propose to the Annual General Meeting on April 24, 2012, that an increased dividend of € 2.00 per share (€ 1.80 in the previous year) be paid for the financial year 2011, due to the improvement in net earnings and in spite of a flat free cash flow.

PUMA did not activate its share buyback program during the fourth quarter of 2011.
As of the balance sheet date, PUMA owned 147.831 of its own shares, equal to € 32.6 million.

Management believes that PUMA can achieve increases in sales in the upper single-digit range in each of the next two years. This growth will be fuelled by further investments into marketing, product design and development, structure in emerging markets as well as the optimization of processes, organization and systems. Assuming moderate input cost inflation, combined with necessary operating expense increases, net earnings are expected to improve in the mid-single digit range for both years.