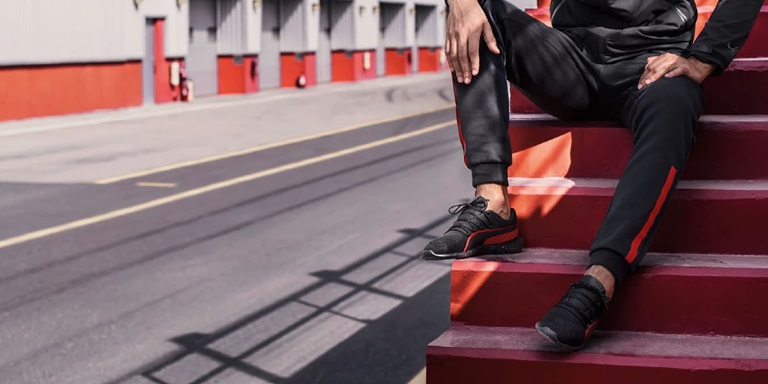 Impact of € 51 million resulting from land use, air pollution and waste along the value chain added to previously announced € 94 million for GHG emissions and water consumption

Within the context of publishing a worldwide unprecedented Environmental Profit and Loss Account (EP&L), the Sportlifestyle company PUMA and PPR HOME, the PPR Group’s sustainability initiative, released today, that the environmental impact for the key areas of greenhouse gas emissions (GHG), water use, land use, air pollution and waste, generated through the operations and supply chain of PUMA is valued at € 145 million in 2010.

Furthermore, in acknowledging the PUMA EP&L today as an innovative sustainability approach, the PPR Group, PUMA’s majority shareholder, announced that this groundbreaking economic valuation methodology1 for a company’s environmental impacts will be implemented across its Luxury and Sport & Lifestyle brands by 2015.

After publishing an economic valuation of € 94 million of GHG emissions and water consumption in May this year2, PUMA has now finalised its 2010 E P&L by adding € 51 million caused by land use change for the production of raw materials, air pollution and waste along its value chain. Only € 8 million of the € 145 million total derive from PUMA’s core operations such as offices, warehouses, stores and logistics while the remaining € 137 million fall upon PUMA’s supply chain. These costs, which will not affect PUMA’s net earnings, will serve as an initial metric for the company when aiming to mitigate the footprint of PUMA’s operations and all supply chain levels.

“The unprecedented PUMA Environmental Profit and Loss Account has been indispensible for us to realize the immense value of nature’s services that are currently being taken for granted but without which companies could not sustain themselves,” said Jochen Zeitz, Executive Chairman of PUMA and Chief Sustainability Officer of PPR. “At PPR HOME, we view the PUMA EP&L as an essential tool to help drive PPR’s sustainability development across its Group of brands because analysing a company’s environmental impact through an E P&L and understanding where environmental measures are necessary will not only help conserve the benefits of ecosystem services but also ensure the longevity of our businesses. The results of the PUMA E P&L underpin the urgency for a paradigm shift in the way we all currently do business and I have been pleased to also see that the release of PUMA’s first results has generated widespread interest among governments, corporations, NGOs and academics.“

The PUMA E P&L and the associated methodology3 were developed with the support of PricewaterhouseCoopers LLP and Trucost PLC, using recognised ecological and economic techniques and building on a large volume of work in the fields of environmental and natural resource economics. The valuation of the overall results shows:


Alan McGill, partner, Sustainability and Climate Change, PwC, said: “These values are enough to make any business pay attention. The PUMA E P&L offers a real insight into the environmental consequences of commercial decisions and at the same time highlights potential commercial consequences of the environmental realities unfolding around the world. This will make many companies consider how they can apply similar analysis in their own organisations. Companies – big and small – are now reliant on global supply chains, making their environmental footprint much larger than many realise. Assigning economic values to the environmental impact of a company’s operations enables a business to tackle vital questions now, not just about environmental impacts, but business risk, costs savings and finding new ways to become more effective. Without measuring them, the impacts cannot be managed, or reduced.”

Water Use and Greenhouse Gas Emissions

The impacts of water use and GHGs were found to be roughly equal, together making up just under two thirds of the overall impact (around € 47 million each)5. (For more details, please refer to the press materials of PUMA’s May 2011 announcement on http://about.puma.com/?p=6644)

Negative impacts on biodiversity and ecosystem services as a result of land-use for agriculture and buildings in PUMA’s supply chain are valued at € 37 million or 26% of the total E P&L. More than any other impact these costs are concentrated in Tier 4 with just 1% arising in PUMA’s operations and Tiers 1-3. Because leather is used extensively in footwear – PUMA’s dominant business line – and it is the most land extensive raw material that PUMA sources, the use of leather is the greatest single factor contributing to impacts on land-use. As a result, footwear accounts for € 34 million or 91% of the overall land-use impact.

The environmental damage caused by air pollution (particulates, ammonia, sulphur dioxide, nitrogen oxide, Volatile Organic Compounds (VOCs) and carbon monoxide) amounts to € 11 million, representing 7% of the E P&L total. Tier 4 is responsible for the lion’s share of the air pollution impact, valued at just over € 4 million. The single most significant contributor to this impact is ammonia emissions from animal waste and fertilisers used in agricultural processes.

The environmental impact caused by waste generation (landfill and incineration) is valued at € 3 million, representing 2% of the total PUMA E P&L. More than half of this derives from Tier 1 with some 21,000 tonnes of waste, followed by Tier 2 suppliers with some 8,000 tonnes and PUMA Operations with some 6,000 tonnes of waste. The vast majority of PUMA’s overall waste is produced in Asia / Pacific where most of PUMA’s suppliers are located.

Dr. Richard Mattison, Chief Executive Officer, Trucost said: “The current era of volatile resource prices, growing consumer and investor interest and greater regulatory standards mean that environmental issues are increasingly core to the business strategy. Water supplies, access to raw materials, a stable climate and clean air are vital to business operations, but many companies struggle to assess these issues due to their long and intricate supply chains. The Environmental Profit and Loss Account approach provides a robust framework to help companies unlock this complex challenge and embed sustainability at the heart of business decision making. PUMA has demonstrated that accounting for the environment is no longer a ‘holy grail’ objective, but simply makes good business sense.”


Responses to the PUMA 2010 Environmental Profit and Loss Account

The PUMA E P&L findings from 2010 have revealed that the lion share of PUMA’s environmental impact occurs within its supply chain of external partners, which the company has limited control over. In order to reduce the environmental impact at the lower end of the supply chain, PUMA is dependent on the cooperation of other industry players. To tackle this issue, PUMA has already started to gain support from national governments, environmental organizations, and representatives of science and industry to push for a shift in the current business paradigm towards a more sustainable approach; one that acknowledges the indispensible services provided by healthy ecosystems and respects their limits. The first step to achieving this change requires the services to be given monetary values in order to account for them when doing business.

At the same time, PUMA has started to implement solutions at its Tier 1 suppliers and within its own operations, where the company is able to provide support for change, independently.

Jochen Zeitz commented: “Reducing the environmental impacts that derive from PUMA’s supply chain represents a real challenge for us, as we have limited control over these activities and on further Tiers, suppliers can be shared by thousands of companies. However, we recognise that in order to make a real change we, along with our industry peers, have to work responsibly to help reduce the impacts of external supplier factories and raw material producers. In addition to driving innovation in various areas along our own supply chain and with our consumers, we also need the support of policy makers and the engagement of the whole industry to implement a new model for businesses that works with nature rather than against it and ultimately supports social and economic sustainability.”


Raising Awareness Among National Governments, the Industry and Science

The release of the initial E P&L results in May generated extensive media coverage and attained significant interest among governments, industry peers and international organizations.

Having been nominated as a co-opted member of the German Council for Sustainable Development, which advises the German government on sustainability issues, Jochen Zeitz presented the results and benefits of the PUMA E P&L to 15 Council members and a representative of the Federal Government last month. As a result, the council will launch a project that aims at implementing standards for PUMA’s environmental accounting statement and will promote the E P&L approach as an innovative practice in public debates.

The UK government featured PUMA’s groundbreaking analysis as a best practices case study for sustainable business in the Department for Environment, Food and Rural Affair (DEFRA) Natural Environment White Paper in June 2011. White papers are documents produced by the UK government setting out details of future policy on a particular subject, often forming the basis for legislative reform.

Also, the Co-Chair of the Investment Commission and Treasurer for the UN Environment Programme Financial Initiatives referred to the PUMA E P&L when speaking at the 2011 UNEP Financial Initiatives Global Roundtable in Washington last month. Further references have been made by sustainability experts Pavan Sukhdev6 and John Elkington7, the Harvard Business Review8, the Stanford Social Innovation Review9 and the World Business Council for Sustainable Development to name but a few.


Stepping up internal Resources at PPR and PUMA

In support of these findings, PPR and PUMA have stepped up their internal resources, hiring additional staff on a group level as well as within the PUMA.Safe team in order to address the challenge of reducing the environmental impact. On a corporate level, PPR is adding an Energy Management Specialist to its sustainability team, who will immediately begin to investigate opportunities for reducing Greenhouse Gas emissions. PPR has also hired a Conservation and Ecosystem Services Specialist who will be investigating the development of broadly-accepted definitions of sustainable cotton and rubber and internal standards for their sourcing.

To better target and focus its efforts, the PUMA.Safe team, which ensures that supplier factories adhere to PUMA’s social and environmental standards, has created both a Humanity and an Ecology team. Five additional environmental and social auditors will be joining the existing 13 employees in the PUMA.Safe team, so that environmental impacts at PUMA’s Tier 1 and Tier 2 suppliers can be better addressed and solutions for their reduction more rapidly developed. PUMA is also hiring a Chemical Engineer to look at solutions to identify more sustainable materials as well as supporting PUMA in phasing out harmful substances within the supply chain.

PUMA and PPR HOME have shared the results of the E P&L with other industry players and corporations to leverage adopting a new business model that takes the costs of using natural resources and eco-system services within corporate supply chains into account. Furthermore, PUMA has collected information on the environmental performance of suppliers which can be used to provide benchmarks for supplier performance targets and the sharing of best practice. PPR HOME will also leverage the lessons learned during PPR’s Group EP&L implementation stages in order to provide case studies across the Group’s companies and brands to assist in broader adoption among businesses.

PUMA has already stepped up its capacity building programme for its suppliers such as the CONSERV project at apparel and footwear factories in Vietnam. The project, which was launched in cooperation with the German investment and development organization DEG and international capacity building organization Assist Asia, will support the factories of Tier 1, Tier 2 and Tier 3 suppliers to reduce greenhouse gas emissions, secure availability of natural resources and minimize the risks from waste and pollution through the implementation of resource efficiency practices.