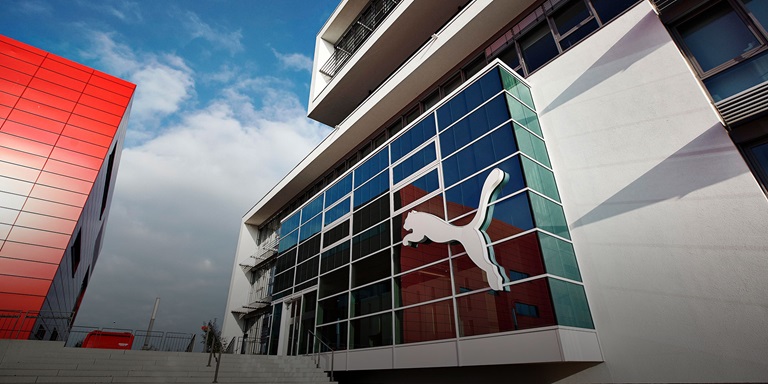 BOLT SHOWS HIS PROWESS TO WIN 200M FINAL IN DAEGU

Usain Bolt put the disappointment of the 100m final firmly behind him as he powered past the field to clinch victory in the 200m Final at the IAAF World Championships in Daegu, South Korea. The World’s Fastest Man showed Daegu his breathtaking speed as he powered round the turn before striding out down the straight. For Bolt’s main rivals in the final, the sight of his silver running spikes, the PUMA Bolt Spike Ltd was the only thing they could see as he stormed ahead, crossing the finish line in a blazing 19.40 seconds, the fastest 200m time of the year.

Bolt was clearly in a determined mood as he prepared for the final, winning the preliminary heats and semi-final comfortably. The tension around the stadium was intense, but when the moment came, Usain responded well to the starter’s gun, exploding out of the blocks before powering into an unbeatable lead. His post-race celebrations were typically flamboyant as he jumped the barrier to entertain the Daegu crowd.

Usain Bolt said “I am very happy and proud to have won here today. After the false start on Sunday, I was extremely disappointed not to have given myself the chance to defend my 100m title. The 200m represented a great opportunity for me to put it behind me and move on, and I’ve been determined to do so all week. The crowd was wonderful here tonight and I really enjoyed the moment.”

The Jamaica men’s relay team made history on the last day of the World Championships in Daegu, breaking their own World Record for the 4 x 100m relay. The relay was the very last event in the 2011 IAAF World Championships and the first World Record – making this even more of a triumph for Jamaica. Nesta Carter got off to a great start, followed by Michael Frater, who passed the baton over to the new 100m World Champion Yohan Blake who tore round the bend to hand over to Usain Bolt who powered down the home stretch to claim his second gold medal of the Championships and complete a new World Record.

The silver PUMA Bolt Spike Ltd race spikes that helped Usain Bolt reclaim his IAAF World Championship 200m crown in Daegu are the latest innovation of the Theseus II track spike. The World’s Fastest Man first wore this line of spike when he broke the 100m World Record in New York in 2008, and has continued to wear them through its various evolutions. The World’s Fastest Man also wore personalised gold Theseus II spikes when he took the 2008 Olympic Games in Beijing by storm, winning three gold medals and breaking two World Records in the process. One year later, the same shoe in an orange colourway propelled him to shatter his 100m and 200m world records in the IAAF World Championships in Berlin.

Usain Bolt has worked closely with PUMA over the last five years to develop the optimum running shoe and through this collaborative process the Theseus II has evolved into the spike worn today. Microfiber synthetic that match the characteristics of K-leather creates a glove-like fit for the PUMA Bolt Spike Ltd, and enhances sprinting efficiency through the stiffness of material. Microfiber suede lining on the inside create a soft on-skin feel, and asymmetrical lacing also facilitates comfort and an improved fit. A pebax plate material in the midsole, combined with a 100% woven carbon fiber forefront, helps Bolt gain a higher energy return while powering down the track, and an increased curved and rounded bottom with a lower instep midfoot fit optimizes stability while running at a quicker pace. Like Bolt himself, this spike defines fast.

Bolt’s sprint spike is also the inspiration for PUMA’s Faas range of lightweight running shoes. The PUMA Faas 200, 300, 400 and 500 styles are designed to give runners a more natural running rhythm and enhanced speed, but with a touch of old-school styling, inspired by iconic silhouettes like PUMA’s Easy Rider. Having studied the movement, foot placement and overall running styles of Usain Bolt and other athletes, PUMA identified three proven and consistent skills that were critical to top performance. These elements were then translated into three categories —Rocker Flex and Groove. The unique rocker shape allows for a biomechanically efficient stride with an effortless toe-off. The flex grooves built across the tooling increase responsiveness. The PUMA Faas range is available online and at retail stores worldwide.