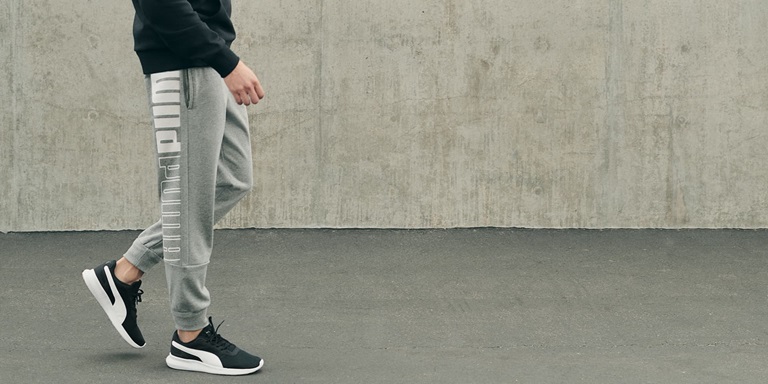 “There was only one company for us. It was PUMA. It’s a hot brand with seriously cool gear,” said ORACLE Racing Skipper James Spithill during a press briefing today at the inaugural America’s Cup World Series regatta in Cascais, Portugal. The partnership will be built around a full design and development programme to meet the exceptional demands athletes face while racing new high-speed America’s Cup wingsailed multihulls.

PUMA continues to expand its sailing performance line, including gear tailored to the needs of the ORACLE Racing team. PUMA’s Sailing performance footwear, apparel and accessories have been created and tested by the world’s best sailors, under the most extreme conditions. The gear is appropriate for all weather conditions, featuring various types of layering made from highly durable fabrics.

PUMA Sailing apparel is designed for comfort, with lightweight material and ergonomic shapes that ensure total freedom of movement. PUMA’s ORACLE Racing Team fan wear for men, women and children – including tees, polos and hooded jackets – will be made with sustainable materials and “Cotton made in Africa.”

“For PUMA, this is a great opportunity to align with a team on the cutting edge of innovation,” said Antonio Bertone, Chief Marketing Officer for PUMA. “ORACLE Racing is not only defending the Cup, but they are taking sailing to the next level – the boats are fast, the crews are dynamic and the racing is exciting to watch. This is the next step in developing the performance aspects of the sailing gear, along with connecting to a larger audience to spread the passion and joy of the sport.”

ORACLE Racing’s CEO and four time America’s Cup winner, Russell Coutts, welcomed PUMA aboard: “It’s fantastic to have the most recognizable brand in sport sharing the vision for a faster and more exciting America’s Cup and to have PUMA alongside us for the next three years in our bid to stay the champion team.”

“This will be one the toughest briefs ever given to a clothing company,” explained James Spithill. “The guys onboard will have phenomenal aerobic work rate, with high body temperatures, whilst needing protection from drenching spray. Not only will boatspeeds exceed 30 knots (35mph/40kph) creating wind chill, but the clothing must be aerodynamically efficient for low drag.”

ORACLE Racing’s James Spithill and Russell Coutts lead two crews contesting the inaugural America’s Cup World Series regatta in Cascais, Portugal. Racing starts on Saturday August 6 and runs through to Sunday August 14. This is the first of the many competitions in which the defending champion will meet the challengers for the 34th America’s Cup.

PUMA first entered the sailing category in 2008 when it developed a line of performance and lifestyle footwear, apparel and accessories for the PUMA Ocean Racing entry which finished 2nd in the 2008/9 round the world race. These early successes helped establish PUMA as a credible sailing brand and paved the way for the ORACLE Racing partnership. PUMA is also the Official Sportswear Partner for the 34th America’s Cup.