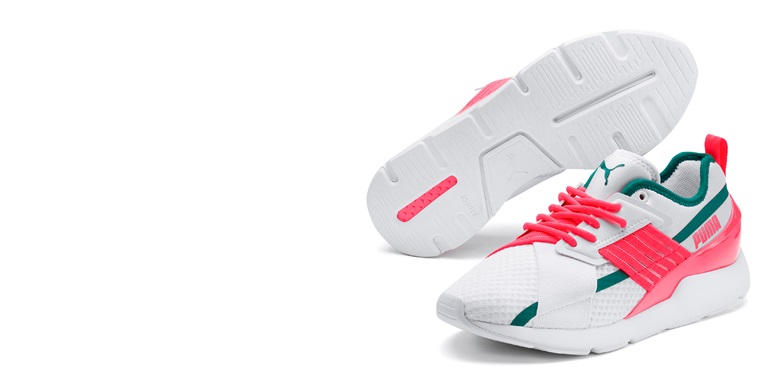 For women mixing up sport with style, PUMA delivers the latest rendition of the PUMA Muse X-2 silhouette in the Puma White-Pink Alert colorway. Recognizable details such as the eyestay overlay, straps and glossy midsole are reimagined with the addition of a tongue construction and taping details. While sense of progressiveness and modernity of the kick is ensured via the mesh upper and contrasting straps, the enlarged TPU piece on the midsole adds another point of interest and excitement. Cop the PUMA Muse X-2 dropping globally on PUMA.com, PUMA stores and select retailers on September 1.