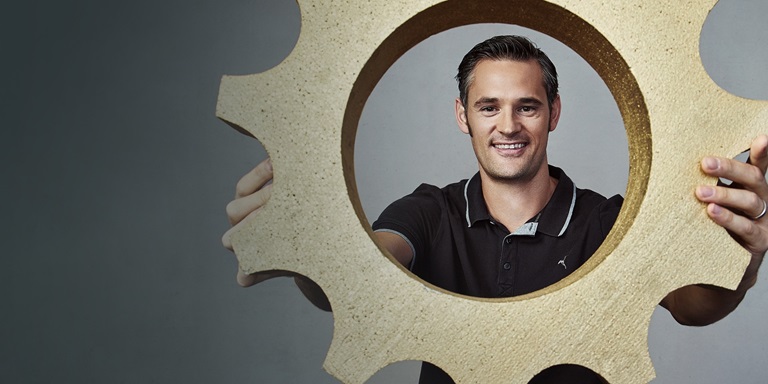 Some stories inspire us to believe that when we are driven and creative we can achieve anything. Neil Speaight’s is a story like that. Neil watched Formula 1 Racing with his dad as a child but his first love was running. And not just as a hobby.

As mid-distance runner, he was driven and pursued running as a profession. His relationship with PUMA started as a sponsored athlete. Neil represented Great Britain for more than a decade and eventually became a three-time National Champion in the 800 and 1500 Meters.

When Neil hung up his running spikes, he pursued a job at PUMA. With a degree in Sports Science and Business he started as a salesman at PUMA UK. Neil says that selling shoes for PUMA in this capacity was nose to the grindstone hard work.

When Neil transitioned to PUMA Headquarters in Germany, he found his dream job. He became a Product Line Manager for Apparel in the Running Unit. As one of his first projects, he got to work on the clothes that Usain Bolt wore in the 2013 World Championships. He was home!

But not long after Neil arrived in Germany PUMA transitioned the running department to the USA. Family obligations prevented Neil from making the move to America but determined to find a way to stay with PUMA, he looked for another position. It was this moment when life came full circle. The very skills Neil spent years perfecting as a professional athlete - networking, focus and endurance - now helped him to find his next opportunity. Without those hard-earned skills, he might have been discouraged or looked elsewhere. A new dream job developed. One that allowed him to stay in Germany and manage apparel for PUMA’s dynamic teams in Motorsport.

Now Neil’s official title is Teamhead Product Line Management Motorsport Apparel. That means he drives the design, development and delivery process for on-track apparel for PUMA’s sponsored racing teams. In Formula 1 that involves Ferrari and Red Bull and in DTM Racing, BMW. Breaking into a smile Neil says: "Looking back on it now, it was probably a godsend ... Moving to motorsport was probably the best thing for my career. I might have gotten pigeon-holed as “the running guy.” This gave me another string to my bow. It gave me the opportunity to meet new people in the business, and I really enjoy it." 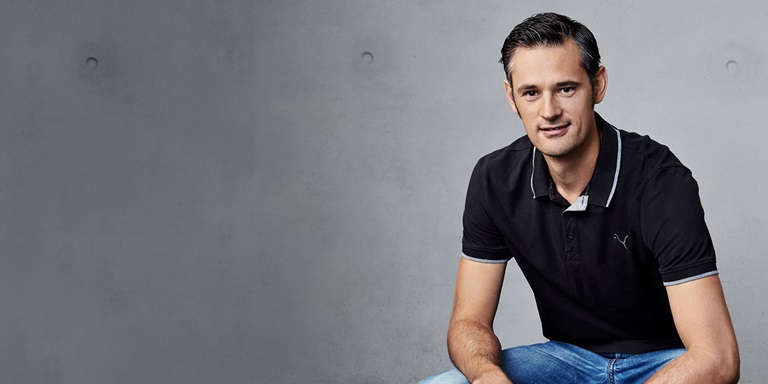 Selling shoes was the best preparation for understanding the customer, the client and the product.

Here and Back again

WHAT DOES IT TAKE TO BE A HIGHLY EFFECTIVE TEAM MEMBER

Stay True to Yourself