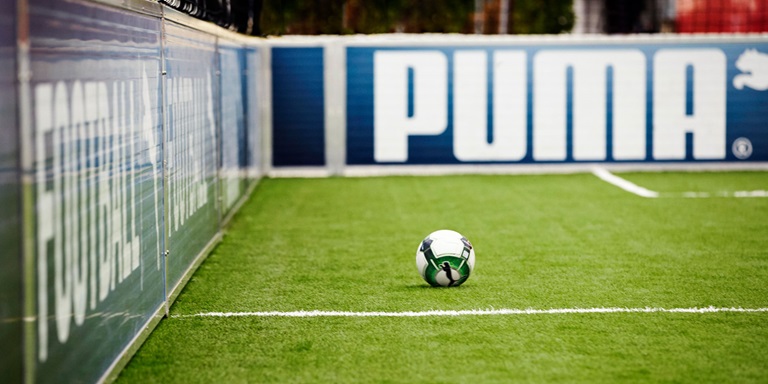 Under the agreement, PUMA will remain the official supplier of all on-field, sideline, training and representation apparel and equipment to all Czech FA associated National Teams including the Men’s ‘A’, ‘U21/Olympic’ and ‘Youth’ national teams, as well as all Women’s National Teams beyond the 2008 UEFA European Championship™ in Austria/Switzerland and the 2010 FIFA World Cup™ in South Africa.

“The long term partnership with the Czech National Team has been instrumental in the continued positive development of the PUMA brand in Czech Republic”, said Jochen Zeitz, PUMA CEO and Chairman. Confirming the team’s positive performances on the pitch, he added: “Both parties have a strong heritage in the world of football but, more importantly, continue to perform successfully today. We are delighted to extend the co-operation beyond the two upcoming major championships.”

The Czech National Team endorses PUMA’s statement product concept – the v1.06. In line with its ‘gets you there faster’ design objective, the v1.06 Czech Republic shirt uses a progressive minimalist design resulting in a modern and unique silhouette engineered to support players in their stride. An extreme lightweight solution the new playing shirt weighs as little as 100g. The v1.06 shirt utilizes the Kold Fusion technology, providing a stitch-less alternative to traditional cut and sewn shirts by welding together the fabric to form an incredible strong, light and durable molecular bond.

In an effort to honour and stress the individuality of each contracted national team, PUMA has designed a new graphic treatment iconic to each country. The Czech Republic shirt features a tonal print revealing the country’s national coat of arms. The new Czech Republic v1.06 licensed apparel training line and equipment offering further supports the playing kit.

As one of 12 PUMA teams represented at the 2006 FIFA World Cup, the Czech Republic are looking to continue on the same momentum that saw them play some of the best football at the 2004 UEFA European ChampionshipÔ. Under the guidance of the team’s experienced coach Karel Brueckner, Czech Republic face Group E contenders Italy, USA and Ghana at Germany 2006™

Currently ranked 2nd in the FIFA rankings and coming in on the back of a fantastic display at the recent 2004 UEFA European Championships, it is clear that the Czech Republic is travelling to Germany as one of the odds on favourites to do well. The team fields a blend of hungry youth and clever experience all eager to make an impact on football’s biggest stage. Remarkably, the Czech Republic joins Angola, Togo, Ghana, Ivory Coast, Trinidad & Tobago and Ukraine on the list of World Cup debutants. A bit far fetched it might seem taking into account that Czechoslovakia has a proud record of eight World Cup appearances between 1934 and 1990, including runners-up spots in 1934 and 1962.